The Venetian Ghetto is located in the Cannaregio district , just five minutes walk from the train station and ten from Piazzale Roma. A Jewish community was present in Venice since the twelfth century (documented in 1152 ) and
consisted of about 1300 people.

Traditionally Venetian Jews practiced usury,or what was known as such, that is a fact, that lending was prevented to Christians  by religious reasons, because they thought contrary to the moral profit from interest on money lent to pledge .
Gradually, the community was consolidated economically and rich of culture .

From the thirteenth century had permanent residence at the island of Spinalonga, since then , having many Jews inhabitants , changed the name in Giudecca .The relations of the community with the Republic were unstable and periodically took place campaigns of conversion . These who adhered changed also the name assuming the name of one who had caused him to recant ,often a member of the aristocracy . The best known example is that of Lorenzo da Ponte (originally Conegliano surname ) who converted and took the name of the nobleman who had converted along with the whole family.

In 1298  was deprived the Jews permission to have a fixed abode in Venice , and they moved into adjacent areas ,but they could still go to the city for their activities .
The permanence in the places occupied in the diaspora is revealed ; while the Christianity was consolidated and acquired more power, more and more difficult , because of the discrimination prohibitions to wich the Jews  were subjected .
A series of pronouncements of the Catholic synods 300-1300 banned to the Jews : mixed intermarry , have lunch with non-Jews, hold public office ,keep Christian servants , round in the streets after a certain hour or certain times of the year.keep books and Jewish religious texts, , living with Christians , practice the art of medicine in favor of the Christians , accused or witnesses against Christians , build synagogues , etc. . 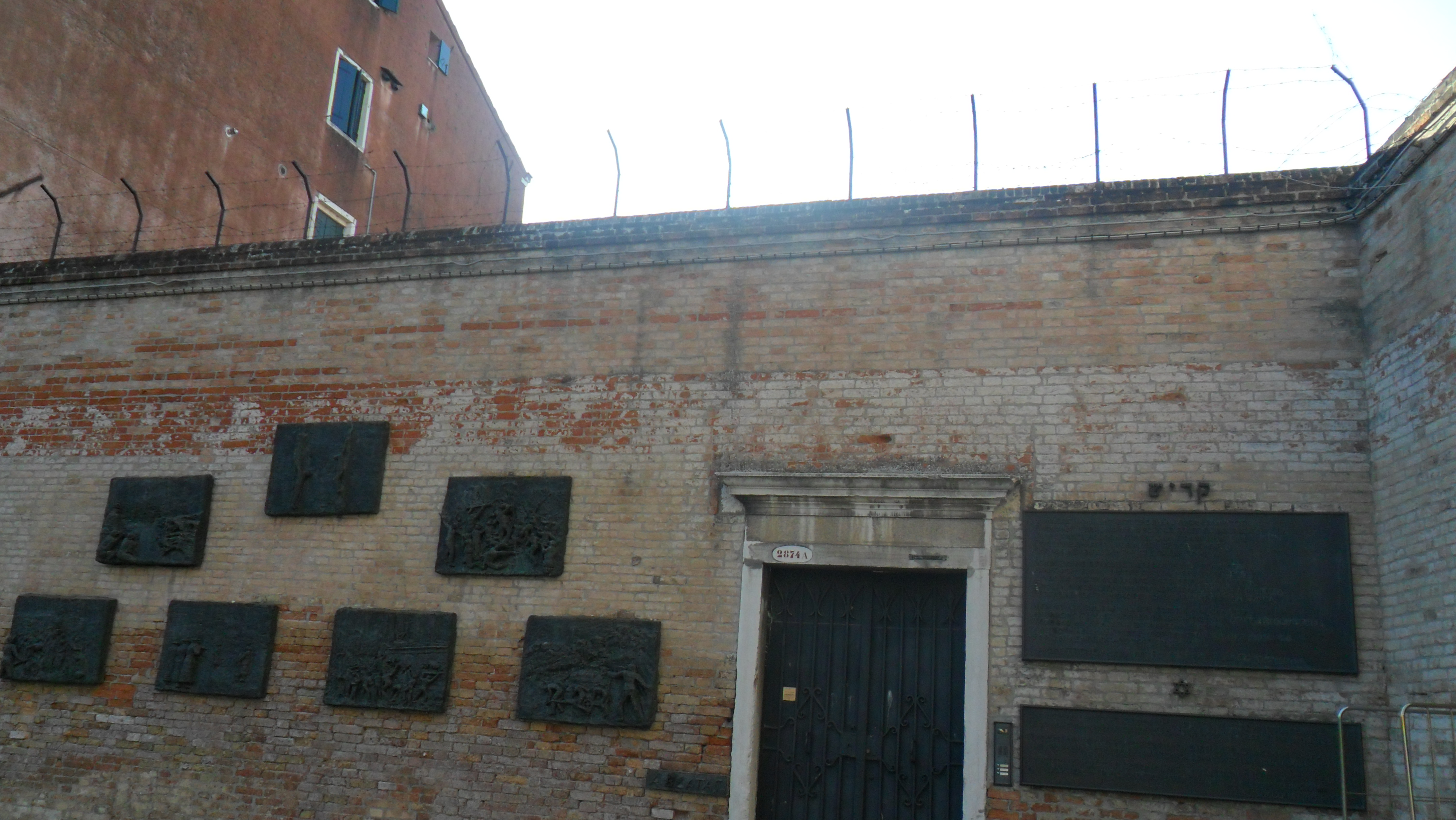 All this culminated with a series of expulsions of Jews in successive waves from Germany to: Italy , Poland and Russia taking the name of ” akenaziti ,” from the Hebrew name of Germany ” akenaz ” In Venice, the community grew and organized , enjoying a climate of relative tolerance , until the “Council of Pregadi” ( Senate) decide on 29 March 1516 that all Jews were required to reside in the Ghetto (later known as the Ghetto Vecchio) .
The name Ghetto derives from the foundries in that locality  .(from the verb “gettare=sharpen the metal with the gaiter”,or with the lead dioxide) )or ” blended ” metals , manufacturing and supplying the Arsenal cannons . Getto became Ghetto, because the first Jews who lived here had come from Germany and pronounced it with the ” g” as guttural ” ghermania ” .
The result is an institution which will then be applied also in the rest of Europe . With the word ” Ghetto ” were identified urban areas of European cities in which the Jewish communities were forced to live .
The word ghetto has come to mean a place of segregation.The Jewish community of Venice was then transferred to the area of the Old Ghetto , where
had the obligation to return in the evening . The whole area was controlled by guards at night and access roads were barred. The population of the Ghetto of Venice continued to
increase up to 5000 people and this explains why there you could see houses with
8 floors, with the brick base and the top floors made of the wood ​​.Each floor had the height
of 1.5 – 1.6 meters, to be lighter, and create more space for rent.Is also true that
the average height of the middle age population was approximately 1.5 to 1.6 meters.
When these small apartments offered to the Jews , they have had to pay the rent of light ( the sun ) to have their windows .

The Venetian Ghetto was still not enough to accommodate all
its inhabitants and it was decided to expand it in adjacent areas, the Ghetto Nuovo ( in 1541 )and the Ghetto Nuovissimo ( 1663 ) . In 1492 Ghetto of Venice received a consistent group of Marranos , who were the Jews expelled from Spain . With the end of the Republic of Venice (1797 ) the Jews were permitted to live in the other parts of the city.

During the Second World War the with the advancement of the Germanic troops the jewish were herded into ghettos , and then deported to concentration camps where they began the final solution -elimination of 6 million Jews who died on the end of the war . 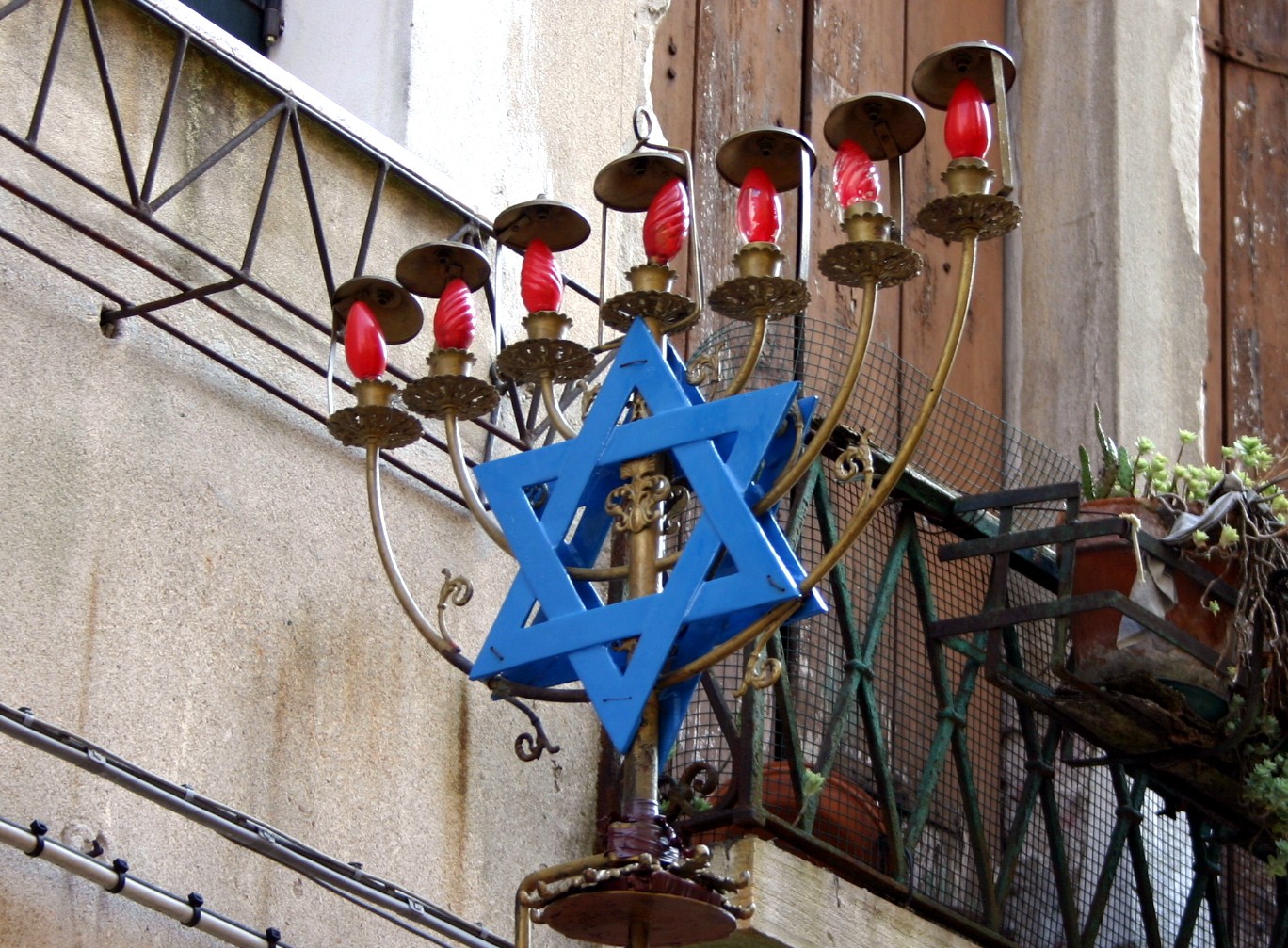 And ,painful to remember that during the Second World War were deported from the Venice ghetto over 200 people in the two tragic days of December 5, 1943 and 17 August 1944.
On “Campo del Ghetto Nuovo ” champ you can see the Holocaust Memorial (1980 ), which is the work of the Lithuanian sculptor Arbit Blatas dedicated to the Jewish community and his deportation ,projected by Franca Semi .
Nowdays , the Jewish community of the Venetian Ghetto is massively reduced (30 residents ),but are over 500 persons enrolled in it. While at one time in the Ghetto of Venice were flourishing activities banking and printing (especially in the sixteenth century ) , the bigger resource nowadays is the tourism.

In “Sottoportego of the Ghetto”, ,there is an Jewish Restaurant : Gam -Gam that complies with the requirements imposed in the culinary field to the Israelites in the Bible , so it is a restaurant Koshe . ( suitable or belonging at the categories that the Bible defines them as well : avoid meat of all non-ruminants,who do not have cloven hoof , while among those aquatic creatures are prohibited without fins and scales .In addition, the slaughter must be done in a particular way because the Bible states that animals have to suffer as little as possible and that all the blood must be eliminated ,because it is forbidden to feed on blood.)

The special culinary delights of the Jewish cuisine are “sardine in saor” mean sardines  in sauce , a sweet and sour vinegar in which the sardines and the onion mixed with sultanas and pine nuts.But many more are the specialty of this particular ethnic trend .

In Campo del Ghetto Nuovo in Venice , Cannaregio 2873c , is the Kosher Club ” Le Balthazar ” which serves typical Jewish at the fixed price of 18,00 € or a refined menu ” à la carte”
Synagogues of the Venetian Ghetto
Inside the Ghetto of Venice were built in 1719 nine synagogues , which were also called Schuole (schools). Currently there are 5 left , one for each Jewish confession
This centuries ago in Venice. In Campo del Ghetto Nuovo is the Great German Schola ( 1528 ) ,( Which has a surprising particular , the altar has been extended beyond the walls to create more space ,creating the impression of a balcony.) 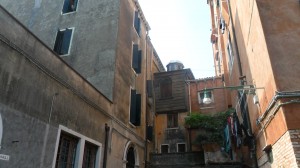 the Schola Canton (1532) and the Italian Synagogue or ” Italian school “is in Campo del Gheto Novo .Set in 1575 by the community of Italian origin ( the poorest in the ghetto ) is located in the Campo Ghetto Novo to the right of the Canton school .The Italian synagogue was very important because it housed the sermons of the famous Rabbi Leon da Modena .Nowdays the entrance to the synagogue is in common with that of some private houses placed under the school .. 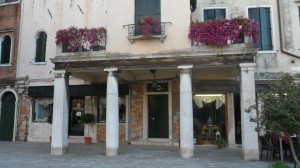 In Campo del Ghetto Vecchio is the Levantine Schola ( 1538 ) from Central Europe, the majority came from Poland.The interior of the synagogue looks like a Catholic church of that era, but set up to keep their habits unchanged , and Schola Spanish or Ponentina ( 1555), which was rebuilt in 1654 by Baldassarre Longhena.

Outside the synagogues appear inconspicuous , some windows or written in Hebrew make you understand that it is a place of worship. This is because the law at that time did not allow sumptuous facades . 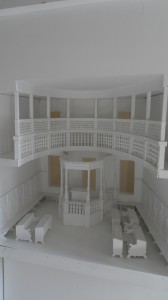 The interiors however are often very rich and peculiar adorned.The Charatteristic of the Venetian synagogue is the rectangular shape , with holy ark and the podium  orientated on the the shorter sides facing each other while the benches are lined up on the majors. On the walls , biblical quotations in Hebrew ;characteristic furnishings , candle holders from brass and silver , and a great abundance of precious fabrics and red curtains .That’s why the synagogues of Venice are considered among the most beautiful in Europe. 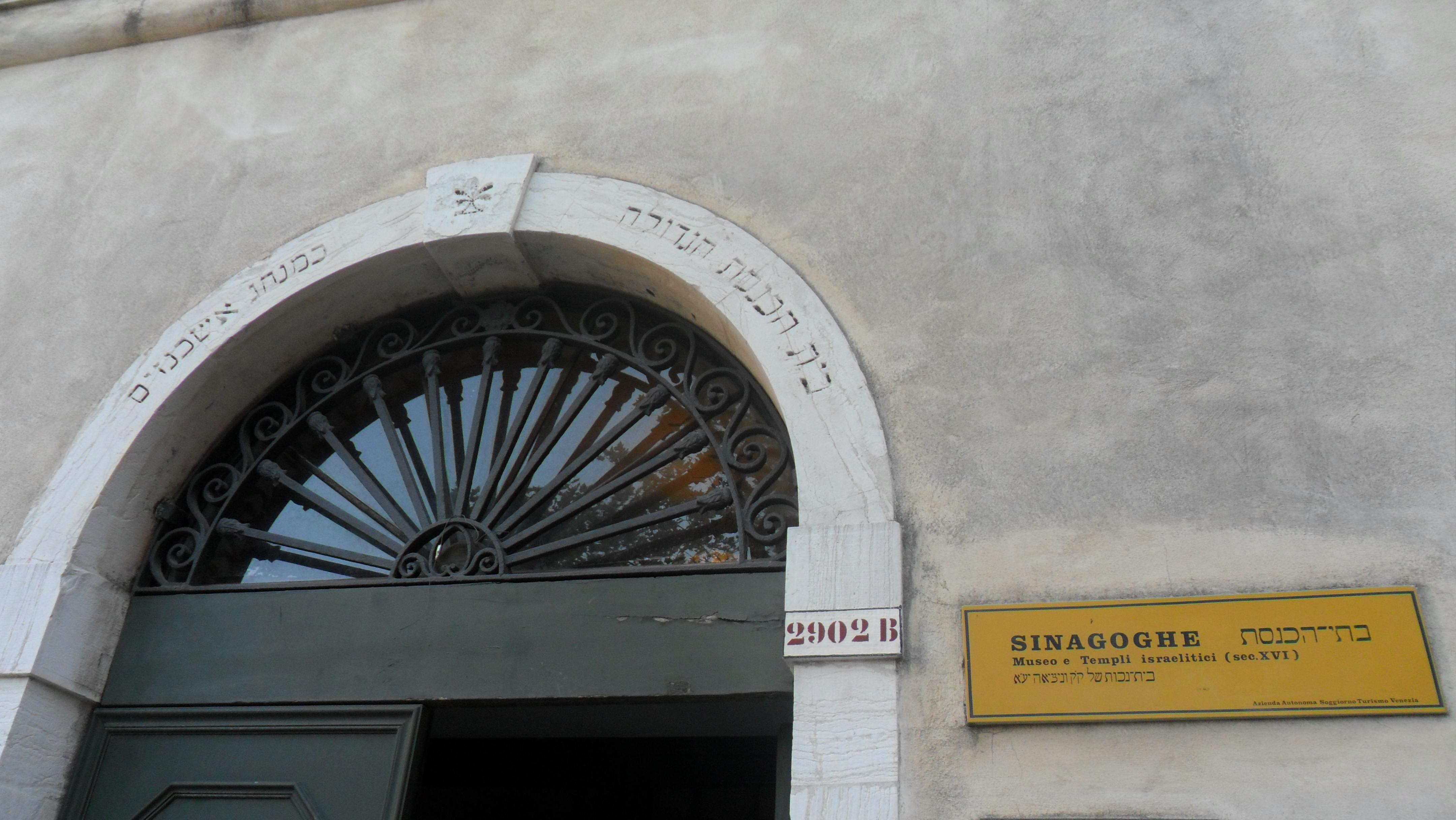 Republic of Venice in 1389 authorized the building of a Jewish cemetery outside the
city ​​, on the island of Lido near S. Nicholas, (or S. Nicoletto ) .

The reference point for the guided tour of the monuments of the Ghetto is the Jewish Museum, has a website rich in historical and practical information , and a map of the ghetto 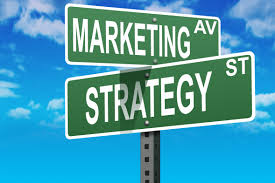 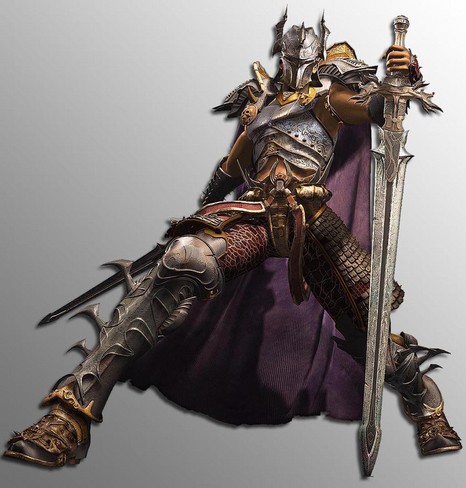