Gambling began to spread in Venice since the sixteenth century, despite the prohibitions and punishments . A legend said that gambling was born between the columns of Marco and Todaro on San Marco square .
The Venetian term “azzardo ” mean gambling and comes from the arab word az- Zahr , which means dice: in fact the oldest gambling games were made using dice. Gambling , first the games for the nobles , were punished by the law with ” exclusion from public office if would be found home with gambling tables”. The Serenissima fought continuously against gambling that was practiced more and more,ending to think that it was easiest to allow this in a public and controlled place.
Gradually , the “casini”,Italian word meaning small apartment ,building or recreational use , once present in the gardens and parks of the great estates of nobility,in Venetian , meaning small rooms or small apartments that Venetian nobles rented outside of San Marco square to be closer to the Palazzo Ducale for the frequently meetings and sesions , spread throughout all the city. Places of rest were turned into places of pleasure and vice, with gambling , banquets, parties and prostitutes ,with a sumptuous decor , made to amaze and intrigue : mirrors arranged so as to multiply the attitudes of the people , crystal candelabras ,candlesticks of gilt bronze , marble and porcelain from China .

After the St. Mark’s gambling houses ,another was opened in San Moise then at St. Luke , St. Frantin , San Salvador, San Barnaba.The gambling huose were for all tastes. Were those for educated people , those for the abbots (even for nuns ) , and for the normal people , shopkeepers , artisans and servants , on the outskirts of the city to ” be near the football champs.”

If the “Casino Municipale di Sanremo” inaugurated as the ” Kursaal” on January 12, 1905, claims to be the oldest in Italy, the first gambling house in Venice and the first oficial “Ridotto” the nowdays “Casino ” was opened in 1638. In 1638 the nobleman Marco Dandolo take the official permission to open a public casino gambling in his palace , where people could ” ridurre ” ( term used by 1282 ), mean to find themselves at certain times of the year , especially during the carnival (which at that times lasted six months) , to have fun with gambling games .

At the end of the sixteenth century , the term reduced “ridotto” (sometimes replaced by the French equivalent , foyer ) will usually indicate an intellectual “reduced” ,the halls of a theater, where the audience gathers to speak between the intervals of the acts.

The most frequent gambling games were: basset, faro and birbiss ( “our” roulette ), but perhaps the most famous game at the time was the outperforms (the english ” backgammon ” of our day ) .

The gaming tables were controlled by ” barnabotti “, Venetian nobles, who performed the function of ” croupier “of our modern casino (being the dealer or just working for the money lenders ). Their name comes from their habit to meet themselves in the area of St Barnabas square – where activated a famous gambling house. The gambling houses or “ridotti” soon earned an high reputation. Becoming a place frequented by many travelers attracted by the Venetian carnival that offered most intense and extravagant theatrical season in Europe, the noble men,but also every “kind” of people ( adventurers , prostitutes , travelers, etc. .. ) were ” ridotti” , retired , for various reasons: gambling , the pleasures of the courtesans ,the social and political relations ,affairs.

All the guests had a mask and they could be of any social rank if they had money for gambling. Under to the Bauta mask and the cloak hid noble, courtesans , foreign ministers ,princes, prelates. In few hours around these tables were played entire fortunes , lands, villas , estates , mansions , jewelry, and everything was done in silence, under the masks . The receipts to the state coffers were incredibly high .Venice masks : http://dipoco.altervista.org/venice-carnival-masks/ 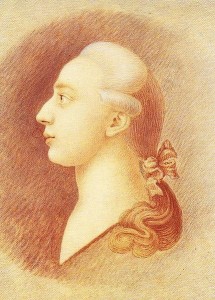 And in this ” Ridotto”,the first gambling house, (now the Hotel Monaco & Grand Canal) Giacomo Casanova’s legends been borned and is here were he became famous for his achievements .Venice -Giacomo Casanova turistic guide-
http://dipoco.altervista.org/venice-giacomo-casanova-turistic-guide/

Over the years, the Dandolo palace was renovated and the main hall was transformed into the theater. The theater of Buleghin ( Arturo Buleghin , a former partisan who returned from France , carrying in his eyes and in the heart the vibrant culture of French theater ), but still had several small rooms were were still consumed “amorous intrigues” , “scenes of jealousy” , or normal refreshments.

In November 27, 1774 the Council of Ten did close the reduced calling it ” pernicious source of evil to the republic and the state”. But this wasn’t enough to put an end to the phenomenon . At the end of the republic of Venice could been counted one hundred and thirty six gambling houses.

The casino has always had a special appeal in the collective imagination , fueled by literature , cinema and other media.Hundreds of films have dealt directly or indirectly gambling houses , so each of us has an image of what kind of games played on these houses.
In our day , notwithstanding the penal code , in Italy there are four licensed casinos located at: Champion of Italy ( Campione Casino ) , Saint-Vincent ( Casino de la Vallée) , Sanremo ( Sanremo Casino ), Venice ( Casino Venice) .

The traditional games ( or European games ) in use in the Italian casinos are : French Roulette , Trente et quarante , Chemin de fer, Boule , Baccarat . In the year 1980 were introduced American games like: American Roulette , Poker and Slots .